The Netherlands has long been a cradle for design and creativity. With its rich culture, innovative atmosphere, and unparalleled diversity of talent it's no surprise that the graphic design industry has flourished here. This post will provide you with a list of Dutch logo designers that are truly worth your attention.

Looking to hire a logo designer from this list?

Before you go through the designers below and start learning all of the geeky specifics listed, I'd like to give you a quick heads up. Most, if not all of these logo designers, are no longer alive or active in the creative industry. This blog is written as a homage to their legacy and contribution to the world of design. I hope you will appreciate their logos as much as I do.

He has obtained numerous international awards. In 1998, the World Logotype Award was given to him for his work on Jaring. In addition, he is a member of the Dutch Designers Association (BNO) and the International Graphic Alliance (IGA).

The Randstad logo is without a doubt his most famous logo design. Designed back in 1967 it is still used today. Who would have thought that this logo design would still exist54 years later. Which is insane if you think about it. The logo has been recognized as one of the 100 best corporate logos of the 20th century. You could say that the Randstad made a good investment hiring a professional logo designer like Ben Bos.

In the '60s, Gert Dumbar worked for the in pionering Dutch graphic design firm Tel Design. He designed his most famous logo in this period while working as a graphic designer. After working for Tel Design, he opened his own firm; Studio Dumbar.

Designed in 1968, the NS (National Dutch Railroads Company) logo is still one of the most well-known and frequently used logos. This project's longevity and excellence in design are proof that it was created at its finest.

The iconic NS symbol is deceptive in its simplicity: the arrows represent the outward and return trips, while the two central lines signify the track. The identity is adaptable and instantly recognizable thanks to its bright blue and yellow hues and conventional modernist lettering. Over the years, it's been used to design everything from trains, stations, and wayfinding signage to clothes, schedules, tickets, and more.

Wim Crouwel, one of the most important post-war graphic designers of Dutch and international fame. In 1963 he co-founded the famous dutch design agency Total Design. He remained involved with the company for a long time as a director.

He was affiliated with the industrial design department of Delft University of Technology. He taught Art and Cultural Sciences at Erasmus University Rotterdam. He has also been director of Museum Boijmans Van Beuningen in Rotterdam.

In 1964 Wim designed the Auping logo. A simple blue lowercase Helvetica font is used for this logo. Auping innovates and developes bed bases, beds and mattresses.

The most notable and recognizable element of this logo is the horizontal top bar. I believe this top bar represents a (flat) bed. At the time of introducing this logo Auping introduced spiral mattresses which resolved complaints about back pain. Which was quite innovative at the time where they used the patented spiral mattresses. 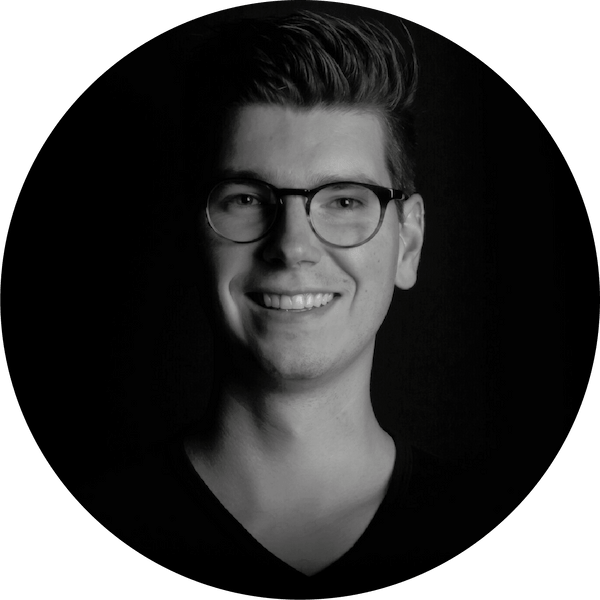 Discover his Work & Process
Other

What does a logo design cost?

The most simple logo is often the most effective

Because simple logos help customers remember their excellent experience with your company. And that is the most important thing a logo needs to do.
© Ruud van Bergen. All rights reserved.